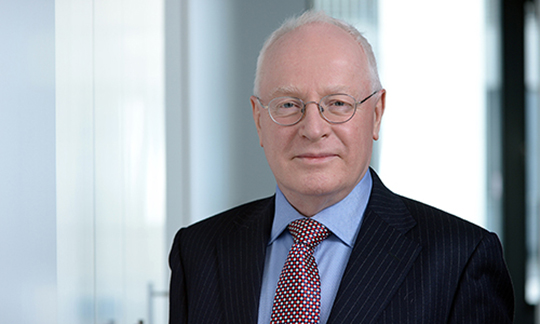 As an attorney and partner at COHAUSZ & FLORACK, Erik Schäfer represents clients before all German Local, Regional and Higher Regional Courts, the Federal Patent Court, the Office of the European Union for Intellectual Property (EUIPO), the European Court of First Instance and the European Court of Justice. He has decades of experience in the area of intellectual property rights and in all related fields, i.e. licensing, copyright (design), employee invention, trademark and name law, unfair competition issues, legal aspects of research and development projects,  ICT licensing and project matters, as well as distribution and sales organization, both in an advisory capacity and as a party representative in court. His experience in contract law includes international private and commercial law.

In addition, he acts as an arbitrator in national and international arbitration proceedings, also focusing on technology and intellectual property in the broader sense. In the Commission for International Arbitration and ADR of the International Chamber of Commerce (ICC), Paris, Erik Schäfer headed the working groups "IT & Arbitration" and "Expertise Proceedings". He was also active in the working groups "Small Claim Arbitration" and "eDisclosure", as well as "Emergency Arbitrator". He was the founding president of the German-Austrian division of Club Español de Arbitraje. Erik Schäfer has taken part in training courses in mediation (WIPO, DAA, INTA) and has been a member of the IBA's "Investor State Mediation" working group.

After his law studies at the University of Freiburg and extended study visits abroad (France, England, Mexico), he initially worked as a consultant at the Secretariat of the International Court of Arbitration of the International Chamber of Commerce (ICC) in Paris. After that, he handled legal matters in a patent department. In 1993 he became a freelance attorney in a local patent and law firm in Dresden. Since 1994 he has been a party representative and arbitrator in national and international arbitration proceedings. He has been working for COHAUSZ & FLORACK since 1997 and has been a partner in the firm since 2002.

Erik Schäfer advises clients in German, English, Spanish and French. He has also chaired arbitration proceedings as chairman and sole arbitrator in these languages.

Counsel at the International Arbitration Court of the ICC (Paris)

International Arbitration and the COVID-19 Revolution

A timely book published by Kluwer Law International B.V. that elucidates and analyses how the COVID-19 crisis has redefined arbitral practice, with a critical appraisal of the pandemic’s effects from well-known practitioners on substantive and procedural aspects from the commencement of proceedings until the enforcement of the award.

Quick and ‘Dirty’ Alternatives to Mediation

The Use of Arbitration and Mediation for protecting Intellectual Property Rights: A German Perspective

The Use of Arbitration and Mediation for Protecting Intellectual Property Rights: A German Perspective